Meet Heather Hayden
As we grow and expand, so will our number of members. 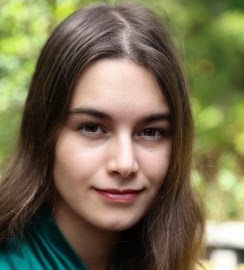 A Little About Heather
Fueled by chocolate and moonlight, Heather Hayden seeks to bring magic into the world through her stories. A freelance editor by day, she pours heart and soul into her novels every night, spinning tales of science fiction and fantasy that sing of friendship and hope. She is the president of Rowanwood Publishing, LLC, and the author of a YA science fiction novel, Augment, as well as many short stories. When she isn’t writing (or reading), she can often be found gaming with friends or walking around in search of small critters to catch in magical balls.

Augment
For her Senior Project in college, Heather decided to combine her love for writing, computer science, and genetics. The result was a fast-paced young adult science fiction novella. Here’s the blurb:
By Government-enforced mandate, genetic augmentation and implant technology cannot coexist in the same human body. Sixteen year old Viki's life has depended on her implants since she was five.
Now her implants are failing.
When Viki discovers that the malfunctions are due to illegal augmentation, she is determined to find those responsible. However, Agent Smith of the Search and Retrieval Bureau is also looking for the geneticists who augmented Viki, and his orders are to capture them by any means necessary--even if it requires risking Viki's life by using her as bait.
Viki's friend Halle, a rogue AI, is doing its best to help her search, but Halle has its own problems. Agent Smith had been closing in on the AI before being reassigned to Viki's case, and Smith's partner is still on the hunt. Searching for the geneticists risks exposing Halle, but Viki and her friend must find them first--they are her only chance for survival.
The process of writing and publishing Augment is what led Heather to start Rowanwood Publishing, LLC. More on that in a bit!
Upgrade
The long-awaited sequel to Augment, Upgrade will be releasing in early 2020. In this novella, Viki and Halle will face new threats when they are contacted by another rogue AI.
Upgrade gave Heather a lot of trouble during the editing process. In part, this may have been due to her starting it during National Novel Writing Month, but she also believes she just wasn’t quite ready to tell the story as it needed to be told. Revision round after revision round, she struggled to figure out why the story wasn’t quite clicking into place.
Then, a flash of inspiration struck—and she realized exactly what needed to be done. Another round of in-depth editing was required, but the results were a success, with her beta readers applauding the changes and asking when it would be published.
The story is now in the final stages of editing, and she can’t wait to finally share it with the world.
Moonlit Fairy Tales
Although every fairy tale retelling within this short story series can be read on its own, the tales are set in the same world and often feature a cameo—or larger part—played by a recurring character. Currently, there are five tales in this series, but more are always on their way!
Each story features a beautiful illustration by the talented artist Heidi Hayden. They can be found in their respective anthologies, available in paperback or ebook, on Amazon. They are also being released as standalone ebooks, and eventually, Heather plans to publish an omnibus edition as well.
"Beneath His Skin" (selkie myth) – When a young selkie befriends a human girl, a single mistake will cost him his freedom. Will he ever see her—or the ocean—again? Available on Amazon in the illustrated anthology From the Stories of Old and on its own.
"Solstice Flames" (mash-up of A Christmas Carol and The Little Match Girl) - Ben has no patience for the frivolousness of Solstice celebrations or the impudence of poor matchsellers. But when a mysterious visitor appears in his workroom, the miserly mage must face the truth of his life—or risk losing everything. Available on Amazon in the illustrated anthology Of Legend and Lore and on its own.
"Monsieur Puss" (Puss in Boots) – Pip has always had a knack for storytelling—and daydreaming. When his family sends him off with only his ginger cat for company, Pip would be more than happy to drift around the world, seeing new places and learning new tales. However, his cat has other plans… Available on Amazon in the illustrated anthology A Bit of Magic and on its own.
"The Frog Prince" (continuation of the fairy tale) – A young frog named Gil sets out to find his father, who abandoned their family years ago. Although Gil believes he is prepared to confront his father for leaving them behind, he is not ready for the truth that awaits within the castle walls. Available on Amazon in the illustrated anthology Fractured Ever After and on its own.
"The Phoenix Feather" – In this original tale, a young ribbon dancer named Eveline uses a magical feather to seek out the powerful phoenix. She needs her own magic to right a terrible wrong, but first she must prove she is worthy. Available on Amazon in the anthology The Magic Within. Although its anthology was not illustrated, “The Phoenix Feather” will be released in an illustrated ebook format sometime in 2019.
"The Tale of the Phoenix" – An original myth of how the phoenix came to be. Will be published in the Just-Us League’s ninth anthology in April 2019!
Other Works
Heather has also had several other short stories published in the Just-Us League anthology series. More information can be found on her website.

What made her start Rowanwood Publishing, LLC

As Heather was putting together her Senior Project plans in college, she realized that it would be impossible to publish Augment in a reasonable time frame if she pursued traditional publishing. She also knew she would have little to no say in the publishing process itself. For this reason, she started researching self-publishing.
When she brought up the idea with her sister Heidi, they soon realized that it would be a relatively simple matter to start their own micropublishing company. Through this, they could share the products of their imaginations with the world while maintaining complete control over the process through which their stories are released.
A bit of paperwork (by Heather) and some lovely logo design work (by Heidi) later, Rowanwood Publishing was born. It now boasts a lovely range of publications from Heather’s own science fiction novel to a variety of anthologies released by their writers’ group, the Just-Us League. More stories are always underway.
For those unfamiliar with the term, micropublishing is a variety of indie publishing that uses POD and e-book services to distribute books. Because Rowanwood Publishing doesn’t own and run a printing press, they save a lot of upfront costs—and also a lot of trees, because no more paperbacks will be printed than will be sold.

What made her join Authors 4 Authors Publishing

As a member of the Just-Us League, a private writers’ group that the founding members of Authors 4 Authors also belong to, Heather had the privilege to watch A4A develop from an idea to a full-fledged company. She has cheered them on since the beginning and offered advice whenever possible, though she is still learning the ropes of publishing, too.


When A4A approached her about becoming a member, Heather was delighted to accept. She will be serving in the capacity of an editor and is already diving into her first project with them. Like the others at A4A, she hopes to help make the world a better place, one fantastic story at a time.

Join us next week for an interview with Alex Cabal, founder of Scribophile.