To get ready for the release of the next JL Anthology, let’s check back in with author Katelyn!
This blog post is part of the Secrets in Our Cities Scavenger Hunt. You can participate by visiting all of the participating blogs, a list of which can be found in the introduction post on the Just-Us League’s website.
Once you’ve gathered all of the clues, figure out the secret line and submit it. One lucky winner will receive a paperback copy of Secrets in Our Cities, and three lucky winners will receive ebook copies.
The Scavenger Hunt will be open until midnight EST on November 5th, 2018. The winners will be announced on the Just-Us League’s blog on November 7th, 2018. Your information will only be used to contact you if you win a prize.

Katelyn, what did you write for this anthology?

I wrote “No Rest for the Werey” which involves a world-weary (no pun intended) werewolf P.I. who reluctantly takes on a strange, supernatural kidnapping case.
What was your inspiration?
A couple years back I had started a novel with Charlie (my werewolf P.I.) as the lead, but never got around to finishing it. He’s such a fun character and has such a long, rich history that it seemed like a waste not to use him somewhere.
I can’t wait to “meet” Charlie. Speaking of him, do you have a favorite character? And if so, who?
Ooo, that one’s hard! Hmm… Charlie’s probably the most obvious answer. At over 500 years old, he’s just seen too much of the world, so he acts like one of those old noir detectives—tough, bitter, and aloof—though he’s softened over the years. And, depending on when a story involving him is set, he might be an anti-hero or even the villain! His transformation into a hero has been a very long and slow process, but it’s mostly stuck.
Then there’s Trip, my octogenarian necromancer. He’s this sweet grandpa who performs these blood magic rituals to communicate with the dead in his living room. *laughs* He’s also one of the few people in the world who can keep Charlie in line. They play well off each other because they’ve got so much history between them.
I am partial to those old detective movies! Sounds like an intriguing story.
Last time we hosted you here, we discussed how you were developing a cosmere, similar to Brandon Sanderson. Does this story fit into that cosmere?
Ah, well…in a sense, yes, they’re part of the same world. I’ve toyed with the idea of having characters from my other series showing up as cameos in Charlie’s stories, though I’ve kept them seperate so far. I don’t have plans yet for intertwining the two universes, but I could and the specifics of Charlie’s werewolfism were taken from my other series, so while I never say they’re part of the same world, they could be (if I wanted to take things that way).

In the spirit of Halloween, I’d love to ask some personal questions! First of all, what is your favorite Halloween tradition?

I’m partial to decorating the house (both inside and out) to celebrate the season, though carving Jack-o-lanterns and trick-or-treating are both high up on my list. Oh! And watching scary movies! And— *laughs* Really, I love all of it.
We’re big on Halloween at my house as well! Did you have a favorite costume or character to dress up as growing up? What about now?
Hermione Granger or Ginny Weasley were (okay, are) my most frequently used costumes. My and friends would all dress up as various characters from the Wizarding World and go to parties and/or trick-or-treat together. There were so many of us in full costume we could nearly reenact the books if we wanted to! :D
My husband is a dead-ringer for Harry Potter—so dressing up as those characters is on our “to do one year” list.
Was any part of your story inspired by the spooky stories told around this time of year?
In a way. While researching sleep paralysis, I stumbled across the lore of the (night) mare. According to tradition, it’s a malevolent entity that sits on or “rides” the chest of a sleeping victim and induces bad dreams. Imagine waking to find a hag-like creature sitting on top of you, but unable to move or cry out, your chest slowly being crushed as you suffocate. Absolutely terrifying if you ask me. 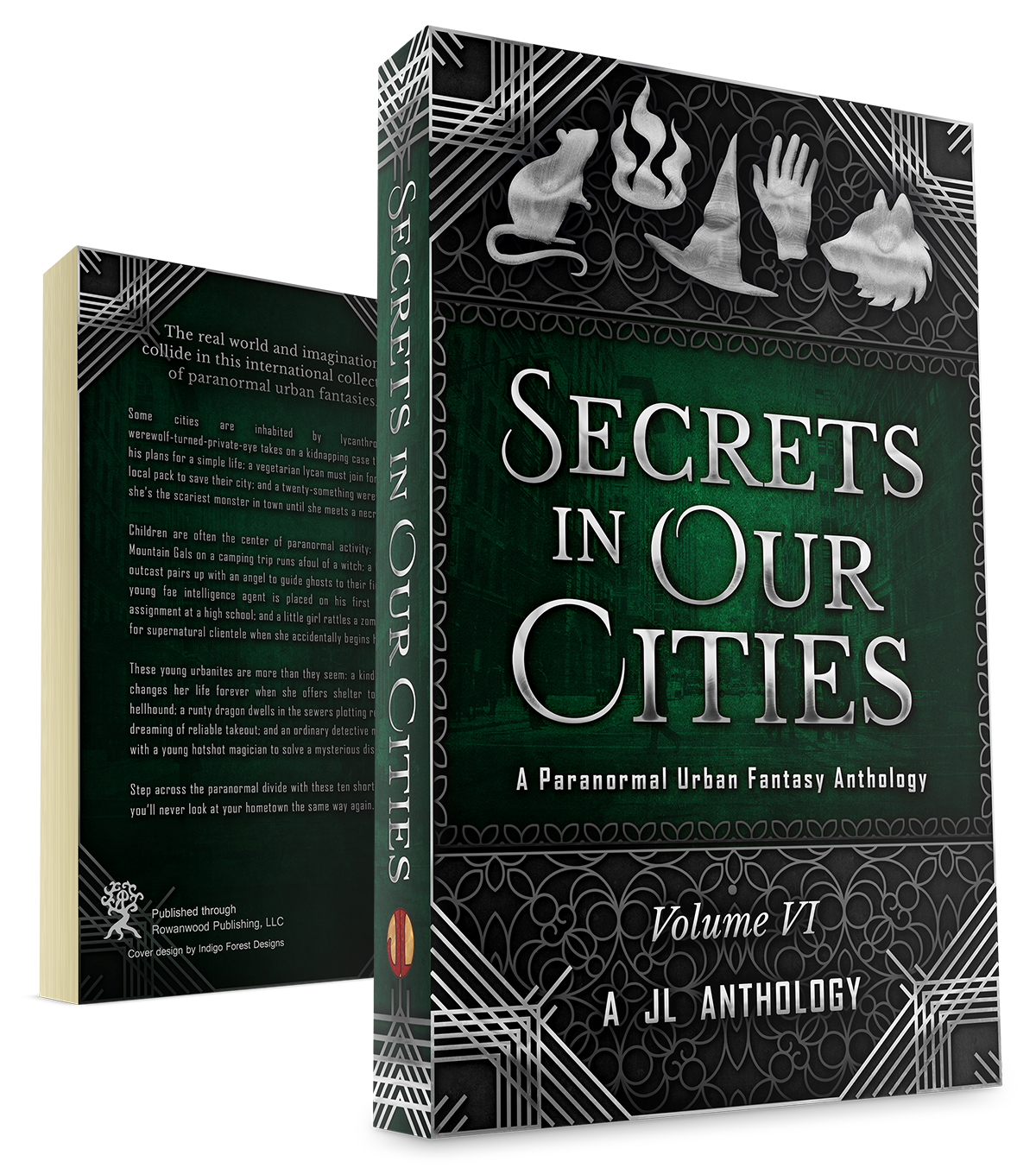 The real world and imagination collide in this international collection of paranormal urban fantasies.
Some cities are inhabited by lycanthropes: a werewolf-turned-private-eye takes on a kidnapping case that upsets his plans for a simple life; a vegetarian werewolf must join forces with a local pack to save their city; and a twenty-something lycan thinks she’s the scariest monster in town until she meets a necromancer.
Children are often the center of paranormal activity: a troop of Mountain Gals on a camping trip runs afoul of a witch; a high school outcast pairs up with an angel to guide ghosts to their final rests; a young fae intelligence agent is placed on his first undercover assignment at a high school; and a little girl rattles a zombie-run pub for supernatural clientele when she accidentally begins haunting it.
These young urbanites are more than they seem: a kindhearted girl changes her life forever when she offers shelter to an injured hellhound; a runty dragon dwells in the sewers plotting revenge while dreaming of reliable takeout; and an ordinary detective must team up with a young hotshot magician to solve a mysterious disappearance.
Step across the paranormal divide with these ten short stories, and you’ll never look at your hometown the same way again.

Remember to read all the Scavenger Hunt blogs to get all the clues! 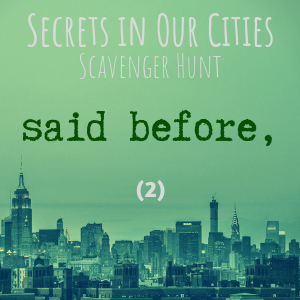